HAVERHILL – Former Haverhill Mayor John Guerin has been appointed as the Membership Services Director for the Greater Haverhill Chamber of Commerce.  Guerin will assume his role on November 1.

The lifelong Haverhill resident was appointed by Chamber president and CEO Beverly J. Donovan.  “We are excited to bring John on board with the Chamber.  He brings a wealth of experience and perspective to this position.  Our commitment is not only to grow our Chamber but to retain and nurture the many businesses and entrepreneurs that we proudly serve.  We believe that John fits that role very well,” said Donovan.

Prior to joining the Chamber, Guerin spent several years as an independent contractor and consultant, most recently directing the capital campaign to support the construction of the new Opportunity Works campus behind and abutting Northern Essex Community College in Haverhill.  In addition to serving as mayor, Guerin served four terms as a city councilor, including five years as council president.  He worked at the Haverhill Beef Company for over two decades, ultimately being promoted to general manager before becoming mayor.  Thereafter, he served a term as a Massachusetts Civil Service Commissioner.

Guerin is an executive board member of the Exchange Club of Haverhill and recently chaired the city’s Salary Survey Commission for elected officials.  He has membership with the American Diabetes Association Advisory Board at Pentucket Medical Associates as well as Haverhill Community Television.  Guerin volunteers with the Winnekenni Foundation and Opportunity Works.  He resides with his wife, Lisa.

“I am honored to have an opportunity to use my experience in the private, public and non-profit sectors to serve those whose daily hard work and sacrifice contributes so greatly to our quality of life in this region,” said Guerin.  “These are dynamic times in our area and I am excited to join the Chamber as it is such an essential part of our economic well-being.” 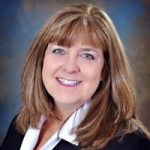 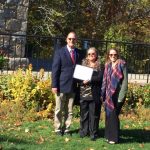