By admin
Posted April 24, 2016
In Chamber News, Press Releases
Creating a Love for Music within the Community and Support of Annual Community Events Leads to Chamber’s Recognition of Be Imagine Studios as April 2016 Business of the Month2016-04-242016-04-24/wp-content/uploads/2020/01/ghc-logo-3color-srgb_81tall.pngGreater Haverhill Chamberhttp://www.haverhillchamber.com/wp-content/uploads/2016/04/beimagine.jpg200px200px
0

Ben Goldbaum is no stranger to the Haverhill Music (Instruction) scene. He began teaching guitar lessons more than a decade ago, and spent several years doing just that at the Haverhill Music Center. Since the closing of that establishment Ben has continued to provide instruction for local students opening a new school, now located at 200 Merrimack Street, called Be Imagine Music Studio.

“Be Imagine, under the guidance of Goldbaum, has made an enormous impact on the local community providing free concerts for local residents, and a venue for beginners to gain an introduction to an instrument, as well as for current musicians to hone skills. Individual musicians also have access to small rock bands forming for the first time.” said Stacey Bruzzese, CEO of Greater Haverhill Chamber. “The opportunities that Be Imagine provides would not be available to many of Haverhill’s youth without Ben’s support. For these reasons, and so many more, I am proud to be presenting this award.”

Be Imagine Music Studio is made up of 12 instructors formerly of Haverhill Music Centre continuing a tradition of excellence in music instruction since 1955.  They offer private music lessons for most instruments and a youth rock/pop band program.  Their motto is to BE what you IMAGINE.

Benjamin Goldbaum is the Coordinator / Owner of Be Imagine Music Studio. Ben has been teaching guitar for 13 years and teaching full-time for 9 years, by now Ben has given over 20,000 guitar lessons. After receiving a BA in English at UMASS, Amherst, Ben was a substitute teacher in Haverhill for 5 years and worked at 20 schools. Ben had been playing guitar since he was 12 and knew his true passion was music so he continued studying guitar with many instructors including George Fortunato, John Tavano, and Gerry Johnston. Ben created a youth rock band program that has grown to as many as 6 bands. Ben single-handly runs the program and he directs rehearsals, arranges the music, writes sheet music charts, books and promotes performances, and has created a small community where youth musicians can thrive. 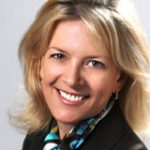 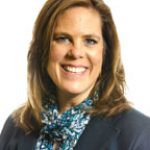