Eric LaFleur, owner of NorthEast Computer Services, will serve as the Chairman of the Board of Directors for GHCC through June 2017

The Greater Haverhill Chamber of Commerce recently installed eight new directors to the board and welcomed a new Chairman to lead the group into 2017. The current and newly installed directors, along with Chairman of the Board, Eric LaFleur were highlighted at the 100th Annual Dinner Business Awards Celebration on June 2nd.

The board of directors is responsible for the governance of the Haverhill Chamber abiding by the by-laws as set forth by the group. The directors also provide direction for strategic growth while supporting the mission and goals already in place. Each incoming director plans to bring fresh energy and innovative ideas to GHCC which has seen tremendous growth in the past two years.

As part of the festivities of the dinner, Eric Lafleur, Chairman of the Board, shared his vision for the upcoming year with his team and the entire membership. With an overarching theme of “I AM CHAMBER,” LaFleur challenged attendees to remember the Greater Haverhill Chamber beyond the events attended and the emails received. Instead, become an advocate – a promoter of the chamber. Assist in the growth of the organization as your own personal mission. Use the resources and connections to assist in your business development and the betterment of your community,” encouraged LaFleur.

Recent additions to the Greater Haverhill Chamber Board of Directors are:

Doug is an entrepreneur who has built a highly successful full service digital printing, direct mail, and fulfillment company with over 25 years of experience. They offer a complete range of digital printing, mailing, and distribution services to companies all over the USA.  Doug’s strong business acumen and experience beyond Haverhill would be valuable to GHCC.

Matt is the Director of Operations at Haverhill Community TV/HC Media where he has worked for 20 years. He is a graduate of Northern Essex Community College and Salem State College. He holds a bachelor’s degree in English and he has received numerous regional and national awards for his work as a writer, producer, videographer and editor.  Matt works tirelessly, very often on his own time, with the Haverhill Exchange Club, Greater Haverhill Chamber of Commerce, Northern Essex Community College, the Haverhill YMCA, Emmaus House, Opportunity Works, and numerous other non-profits in the area.

Pam is the Practice Manager at Women’s Health Care (Anna Jaques) in Haverhill. Women’s Health Care provides comprehensive, obstetrical and gynecological care to women in the greater Haverhill area. Pam has been involved in the H&W Committee, a participant in last year’s healthy living expo, and a regular attendee of WOW. She is interested in becoming more engaged with the WOW Committee.

Jim became the fifth generation of family members associated with James Page Insurance when he joined his dad, Chuck, at the agency in 2011. His previous experience includes fifteen years in the fields of software security and electronics manufacturing. Jim holds a Bachelor’s degree in mathematics (1996) from the University of New Hampshire and the Certified Insurance Counselor (CIC) professional designation. He’s a past president of the Haverhill Rotary Club (2014-2015), and he serves on the Board of Directors for Bethany Community Services.

Elaine is best known for her bubbly personality and endless effort in promoting the Greater Haverhill Chamber of Commerce. She has been a past director at GHCC and continues to serve on the Ambassador Committee. Among Elaine’s many other commitments, she has generously dedicated her time to benefit her great city of Haverhill. Elaine was responsible for the founding of Haverhill Brightside which has been responsible for Adopt-a-Park, Community Gardens, Bloomfest and the Haverhill Goes Green environment fair.  She is also an active member of Team Haverhill.

Joe is a Managing Partner, at Modern Woodman of America, a financial advising firm located in Georgetown. He is deeply committed to agent growth and success and spends most of his time coaching, motivating, and mentoring other financial representatives. He has proven to be a great recruiter of new business to GHCC and is currently involved with the Ambassador Committee. Joe is a great supporter of community events and non-profit organizations, and is also affiliated with NAIFA-MA (delegate to Beacon Hill); NAFIC (New England President); and Junior Vice Commander of the American Legion Post 211.

Sonya is the Features and Special Projects Editor, The Eagle-Tribune Editor-in-Chief, The Andovers Magazine and the new Haverhill Magazine. Vartabedian has spent most of her career at The Daily News, arriving in Newburyport in 1990. She spent her early years at The Daily News as a reporter covering Amesbury and later Newburyport. In 1995, she took over as features editor, and in 2010, she was named city editor. Sonya is a graduate of Northeastern University where she studied journalism. A Haverhill native, she said she inherited her passion for community journalism from her father, Tom, who spent 40-plus years as a reporter, columnist and photographer for the then-daily Haverhill Gazette. He retired in 2006 but still writes a weekly column for the Gazette. 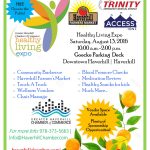 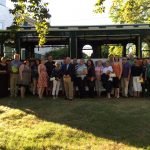