20 years of Winning Opportunities for Women

On Friday, April 15, 2016, the Greater Haverhill Chamber of Commerce’s, Winning Opportunities for Women (W.O.W.) Conference will celebrate 20 years of connecting, inspiring, and motivating women of all ages and professions at the Premiere Women’s Conference of the Merrimack Valley, featuring an exciting line-up of speakers.

Now for the exciting Line-up of speakers:

Robin Young Co-Host, Here & Now, WBUR – Emmy Award winning reporter Robin Young is host of WBUR’s highly regarded Here & Now. She has reported for NBC, CBS, and ABC television and for several years was substitute host and correspondent for “The Today Show.” In addition to numerous awards she was one of the first hosts on the groundbreaking Boston television show “Evening Magazine”.

Author and motivational speaker Kara Richardson Whitely delivers brave, honest, and empowering messages Kara hiked Mount Kilimanjaro three times while weighing as much as 300 pounds. “Fat Woman on the Mountain” was published by Seal Press in Spring 2015. It has been called one of “Five Fabulous, Possibly Life-Changing Books” by Redbook magazine.

W.O.W. was started in 1996 by the Greater Haverhill Chamber with the conviction that when women of all ages and backgrounds gathered together in one room amazing things happen, and they were right! As W.O.W turns “twenty”, it continues to grow and strengthen. The co-chairs of the W.O.W 2016 Conference are Dianne McDermott, McDermott & Co. Marketing; Clare Macoul, Bank of New England; and Sally O’Rorke, Gold Leaf Fine Jewelry. The planning committee consists of over 15 business women who are members of the Greater Haverhill Chamber of Commerce.

To register or receive more information on table and student rates, please visit www.haverhillchamber.com or contact Melissa Seavey at 978-373-5663 or melissa@haverhillchamber.com. Sponsorship packages are available, and vendor inquiries are welcome.

To register for the event, reserve vendor space or gather information about available sponsorships click here… 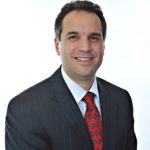 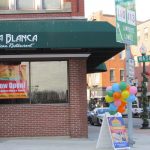