said Governor Baker.  “Making informed transportation decisions and policy guided by the best analysis possible will be the foundation for success across the board in years to come to keep our innovation economy thriving and competitive.”   “Members of the Future of Transportation in the Commonwealth Commission have generously agreed to help us chart an important future of the Commonwealth,” said Lt. Governor Karyn Polito. “Our appointees bring exceptional institutional knowledge of our transportation history and a keen understanding of the challenges Massachusetts will need to address over the next several years.”   “I look forward to working with members of the Commission, many of whom are professionally recognized as leaders in fields that will impact transportation, as we wrestle with a wide range of facts and trends to develop plausible scenarios and guidance to decision-makers and other stakeholders,” said Steven Kadish, who will chair the Commission.   Massachusetts Taxpayers Foundation (MTF) President Eileen McAnneny, who will serve on the Commission, said its creation reflects MTF’s recent report that stressed how transportation is undergoing disruptive change.  “This Commission positions the Commonwealth as a national leader in factoring the impacts of technological advances, climate change and changing transportation consumption habits into its capital investment and strategic planning processes,” McAnneny said.   The Governor named 18 members with a range of backgrounds and skill sets to serve as unpaid members of the Commission, which will be chaired by Governor Baker’s former Chief of Staff, Steven Kadish. The Secretary of the Executive Office of Energy and Environmental Affairs and the Secretary and CEO of the Massachusetts Department of Transportation will serve as ex officio members.   Commission members will focus on at least five key areas anticipated to have a dramatic impact on transportation in the future: 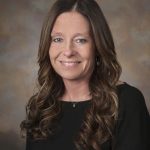 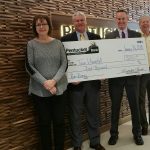