U.S. Navy Band Northeast Pop Ensemble[/caption] The Navy Band Northeast Pop Ensemble will present a free concert at Northern Essex Community College’s Hartleb Technology Center on the Haverhill campus, 100 Elliott St., on Friday, April 10, at 7 p.m. This event is open to the public. Under the direction of Lt. Gregory Fritz, the band – which is one of 11 official bands of the U.S. Navy worldwide, is a concert band that performs a wide variety of musical styles including traditional band music, popular standards and patriotic favorites. Songs may include Irish Tune form County Derry, Jupiter from the Planets, Bluejackets on Parade, Swanee, Battle Hymn of the Republic, and a Nat King Cole Medley. The band, which is attached to the U.S. Naval War College in Newport, Rhode Island, and serves the military and civilian communities throughout the Northeastern United States, is comprised of 45 talented professional Navy musicians from across the country. Seats are general admission on a first come first serve basis. This event is sponsored by the NECC Music Department. NECC offers an Associate Arts Degree: Music Option. The program is designed to give students a strong foundation in music. The program is suited either to students who want to transfer to a four-year college or those who want to begin or continue an interest in music. For additional information contact Michael Lecuyer at mlecuyer@necc.maas.edu]]> 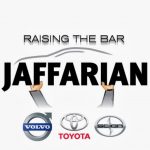 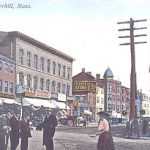