Avenue Q performs two weekends in April at the Top Notch Theatre.[/caption] Find out what happens to starry eyed children when they become adults in “Avenue Q” presented by Northern Essex Community College’s Top Notch Players on Friday, April 10, Saturday, April 11, Friday, April 17, and Saturday, April 18, at 7:30 p.m. and Thursday, April 16, at 4 p.m. in the Top Notch Theatre on the third floor of the Spurk Building on the Haverhill campus. Tickets are $10 for general admission and $8 for students and senior citizens. Tickets are available at the door and through Eventbrite.com. “Avenue Q” is an American play. It is an “autobiographical and biographical” coming-of-age parable, addressing and satirizing the issues and anxieties associated with entering adulthood. Its characters lament that as children, they were assured by their parents, and by children’s television programs such as PBS‘s Sesame Street, that they were “special” and “could do anything”; but as adults, they have discovered to their surprise and dismay that in the real world their options are limited, and they are no more “special” than anyone else. The musical is notable for the use of 11 puppets, animated by unconcealed puppeteers, alongside three human actors. The music and lyrics were written by Robert Lopez and Jeff Marx. Music and Lyrics by Robert Lopez and Jeff Marx Book by Jeff Whitty. It is based on an original concept by Robert Lopez and Jeff Marx It was originally produced on Broadway by Kevin McCollum, Robyn Goodman, Jeffrey Seller Vineyard Theater and The New Group. The cast includes: Salem, NH 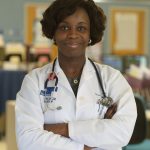 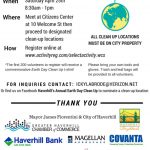