The Greater Haverhill Chamber of Commerce is pleased to announce the winner of the 2015 Charles E. Billups Award, the highest honor bestowed by the Chamber. The award will be presented to Barbara J. Rowell, CPA, Shareholder of Sullivan Bille Group.

Ms. Rowell is being honored for her steady efforts to support the Chamber through committee work, event attendance, and most importantly her role as director and treasurer. Barbara was instrumental in creating the Chamber’s first finance committee, spearheading that same committee through which the annual budgets were achieved, overseeing the year-end close with our outside accountant and most recently her tireless efforts in moving the Chamber through a challenging and lengthy data conversion process. We congratulate her for these efforts and proudly recognize Barbara with this great honor.

Not content to sit on the sidelines, Barbara is a member of the American Institute of Certified Public Accountants, and the Massachusetts Society of Certified Public Accountants. She spent 8 years on the Board of Directors for the Lowell Transitional Living Center as Treasurer, chairing the finance committee and volunteering on the fundraising committee. She is currently an active Board member of Northern Essex Community College Foundation, Northeastern University Accounting Undergraduate Advisory Board, a member of the Board of Cooperators for Pentucket Bank and Board member and Treasurer of the Greater Haverhill Chamber of Commerce. In addition, in 2008 she received the Jerry Loy Outstanding Director Award and was inducted to the YWCA Academy of Women in 2009.

Rowell will be honored at the 2015 Annual Dinner & Awards Ceremony on Thursday, June 4, 2015 at 6:00 P.M. at DiBurro’s of Ward Hill. Reservation may be made by contact Beth Morrow at the Chamber office at (978) 373-5663. Additional information may be found at www.haverhillchamber.com.

Once again we congratulate Barbara Rowell, CPA on her accomplishments. 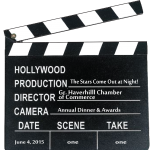 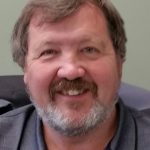