For the month of February, the Greater Haverhill Chamber of Commerce has chosen to recognize Align Credit Union, located at 20 Cushing Avenue in Haverhill with the Business of the Month Award. Align is being recognized for their community participation, quality services in the banking and insurance fields, and commitment to excellence in all that they do.

Established in 1922, Align was originally known as Northern Massachusetts Telephone Workers Credit Union (NMTW), however changed their name in 2013 to better convey their direction.   Align provides customized banking solutions to individuals and families throughout Northeastern Massachusetts and Southern New Hampshire.

As a member of the Greater Haverhill Chamber of Commerce, Align Credit Union sponsors a number of Chamber functions including but not limited to the Cross Border Business Expo and Annual Awards Breakfast. In addition, Align has hosted the Chamber’s newly formed Women in Business Networking Group and professional development seminars. Kelley Contarino, Branch Manager in Haverhill, serves on the Chamber’s Member Services Committee, and participates in numerous groups. Align is also a strong supporter of the local community, most recently participating in the Get Brighter Timberlane promotion which benefits the Timberlane School District.

Award winners are recognized in area newspapers highlighting their distinction as Business of the Month, receive a complimentary guest ticket to the Greater Haverhill Chamber of Commerce’s exclusive “Annual Business Awards Breakfast” and are automatically entered into the running for the Annual Business of the Year award. That honor is announced during the annual breakfast which has been scheduled for February 2016. 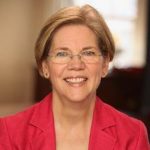 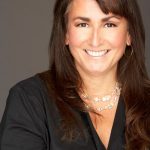