Donovan, the Chamber’s director of economic development since 2014, begins her new role Saturday. She succeeds Stacey L. Bruzzese who is stepping down to become director of marketing and new business development for Santo Insurance and Financial Service, Salem, N.H. Donovan’s appointment was approved unanimously by the Chamber’s board of directors.

“I am honored to be appointed as the next president and CEO of the Greater Haverhill Chamber of Commerce,” said Donovan. “I look forward to working with the board, staff and volunteers to continue to grow the organization and to continue the work of advocating for and promoting the interests of our local businesses and entrepreneurs.”

As director of economic development, Donovan has partnered with many municipal, civic and volunteer organizations to secure grants, raise funds and awareness and promote their missions.  She has also collaborated with economic development entities to advance projects in and around Greater Haverhill.

Before joining the Chamber, Donovan worked at Colliers International of Manchester, N.H., as a commercial real estate advisor, focusing on manufacturing, retail and office clients. In addition, she was active in both the Greater Derry/Londonderry Chamber of Commerce and the Greater Salem Chamber of Commerce, having served on both boards of directors and several committees. Donovan has been involved in several start-up ventures, including both for-profit and non-profit organizations. As a former small business owner, Donovan was an independent kitchen and bath designer/contractor, where she managed the full range of operations including marketing, purchasing, installation and demolition contracting, finance and quality control.

Donovan has also served as a two-term elected school board member in the town of Windham, N.H. She currently serves as an alternate member of the Salem, N.H., Planning Board. She resides with her husband in Salem and holds a master’s in Community and Economic Development from Southern New Hampshire University.

“We are excited that Bev has agreed to take on the role of president and CEO and we look forward to a seamless transition and keeping the Chamber’s progress and momentum going,” said Eric M. LaFleur , chairman of the Chamber’s board of directors. 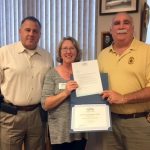 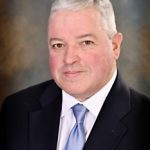