Today at the State House, Governor Charlie Baker announced that due to the unprecedented snowfall and historic winter conditions impacting the Commonwealth’s economy, next week shall be declared “Valentine’s Week” to boost business for local retailers, restaurants and small businesses. Joined by Housing and Economic Development Secretary Jay Ash and local business owners, the Governor signed an official proclamation declaring “Valentine’s Week” will be recognized statewide from February 14th-February 21st to promote patronage to stimulate the economy despite the difficult winter weather that has reduced traveling and restricted business.

“I am pleased to declare ‘Valentine’s Week’ for the Commonwealth to sweeten up the local economy and encourage more business at our local shops in the spirit of this holiday,” said Governor Baker. “The unprecedented snowfall impacting the Commonwealth has taken a toll on everyone, especially the retailers, restaurants, and small businesses that depend on an uptick in reservations and activity around Valentine’s Day. Next week, we urge everyone to do their part to shop locally and make up for the past few weeks of limited travel and business as a result of all the recent snow.”

“Valentine’s Day is not only a day to show our appreciation for others, but it also an important holiday for many businesses that rely on deliveries, purchases and reservations to keep their doors open and make payroll,” said Lt. Governor Polito. “Next week, we urge people across the Commonwealth to visit their downtowns and local retailers to pick out flowers, candy or something special for your valentine.” 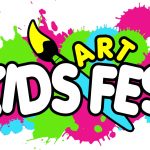 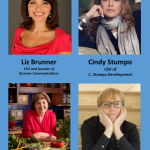