Amtrak Downeaster ridership increased nearly 90% in the fifteen years leading up to FY19 and continued into FY20 as ridership records were achieved in the first eight months of the year.

Many improvements have been made since service began including reduced travel time, increased frequency and expanded service to Freeport and Brunswick. Downeaster frequency will increase to serve Maine commuters.   Efforts to reduce travel time by relocating the Portland station and to expand access by adding a station in West Falmouth are being explored.   Amtrak is purchasing new train sets which will be used on the Downeaster route in the coming years.

This past year has had its challenges, but Amtrak Downeaster adapted and continues to operate with an enhanced focus on passenger safety and comfort. 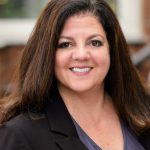