Ubiñas is a former editor of the Observer, NECC’s student newspaper, who says she “found herself and her future” at Northern Essex.[/caption] Philadelphia Daily News columnist Helen Ubiñas, a Northern Essex Community College alumna, will be the featured speaker at Northern Essex’s 53rd Commencement on Saturday, May 16 at 11 a.m. Ubiñas is a former editor of the Observer, NECC’s student newspaper, who says she “found herself and her future” at Northern Essex.  She attended Northern Essex in 1990 and 1991 while living in Methuen and transferred to Boston University, where she earned her bachelor’s degree.  She went on to earn a master’s from Trinity College in Connecticut. Ubiñas was a longtime reporter and columnist for the Hartford Courant, Connecticut’s longest continuously published newspaper, where she was awarded a number of honors, including a team Pulitzer Prize for breaking news in 1999. In 2000, she became the Courant’s first Latina news columnist. In 2007, she was one of 12 US journalists awarded the prestigious John S. Knight journalism fellowship at Stanford University. She’s also received several awards since becoming a columnist in Philadelphia, including the top honor in column-writing at the 2014 Keystone Press Awards. In June, Ubiñas wrote a column for the Daily News, in which she shared her own educational journey and her family’s commitment to education.  The “first and only one” in her immediate family to graduate from college, she reflected on her niece and nephew who were following in her footsteps.  She wrote “There are multiple solutions to fixing poverty, but for my family and others, education is the best way to break the cycle.” It was after reading this column that NECC President Lane Glenn was inspired to invite Ubiñas to address the graduates.  “Close to half of our students are first generation college students,” said Glenn.  “With her successful career and her passion for higher education, Helen is a role model for our students.” The commencement will be held under a tent on the quadrangle on the college’s Haverhill Campus and approximately 1,100 graduates are expected to receive certificates and associate degrees. With campuses in Haverhill and Lawrence, Ma., Northern Essex Community College offers over 70 associate degree and certificate programs as well as hundreds of noncredit courses designed for personal enrichment and career growth.  More than 7,400 students are enrolled in credit associate degree and certificate programs on the Haverhill and Lawrence campuses; and another 6,700 take noncredit workforce development and community education classes on campus, and at businesses and community sites across the Merrimack Valley.  Northern Essex is the only state college located in the lower Merrimack Valley Region of Massachusetts. For more information, visit the website at www.necc.mass.edu.]]> 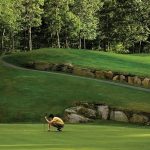 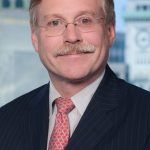 “The Art of Winning Elections” is Focus of NECC LectureMember News