Haverhill, MA — Angela Cleveland, Amesbury’s Representative to the Merrimack Valley Transit (MEVA) Advisory Board, was unanimously elected Chair of the board by a vote of the sixteen member communities during this fall’s annual board meeting.  Cleveland, who serves as the city’s Director of Community and Economic Development, was designated by Mayor Kassandra Gove to represent Amesbury on the Board last year, following the departure of former Amesbury representative Paul Fahey last December.

Along with Mayor Gove, Cleveland has been a strong advocate for transit as a key economic development tool, working with MEVA to add service to Main Street, provide fare free service systemwide, add bus shelters and stops in Amesbury, and the upcoming rebranding of the system with brightly colored buses and new logo.

“My staff and I are very excited about working with Angie as our new Chair,” said MEVA Administrator Noah Berger, adding that “she is a proactive visionary that is always looking out for the interests of residents of Amesbury and the entire Merrimack Valley region.

Cleveland noted that “Transit has been a huge component of my life for many years, making it natural for me to advocate for it as Director of Community and Economic Development. Amesbury being one of the few cities with a MEVA owned and operated transit center has been a big part of that. In this new role, I look forward to continuing to grow the MEVA service and ridership throughout the Merrimack Valley.”

In addition to Cleveland, the board also elected Jhovanny Martes of Lawrence and Christopher Sicuranza of Haverhill to serve as Co-Vice Chairs, James Ryan of Salisbury to serve as Treasurer and Kathleen Colwell of Methuen to serve as Secretary.  The MEVA, which has been in service since 1976 and has a budget of $23,942,509 for fiscal year 2023, provides bus and paratransit service to sixteen cities and towns in the Merrimack Valley. It carries over two million riders per year, providing critical access to work, education, medical appointments and daily living.

CNA Stores Partners with Nonprofit, Our Neighbors Table, Throughout the Month of OctoberMember News 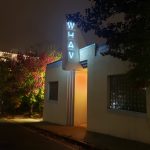