Ms. Onello has had the privilege to study voice with April Foley, Thomas Smoker, and most recently, Noel Smith. Singing from an early age, Megan has performed in many local and school musical theater productions as well as a capella concerts; including an appearance on WGBH’s “Sing That Thing.” Ms. Onello was a Student Semi-Finalist in Boston’s 2017 National Association of Teachers of Singing (NATS) Competition. Last year, she also participated in Senior Districts. Most recently, Megan was nominated by her school and accepted into the Honors Performance Series Choir Program; an exceptional international honor as only three percent of applicants get selected from over 18,000 nominees. She will have the opportunity to perform in the Carnegie Hall choral series this February and then again at Musikverein in Vienna this June. Megan also “lends her voice” to philanthropic causes, such as “Voices of Hope” (VOH), a group that raises funds for cancer research at Mass General Hospital and “Express Yourself,” a benefit for the Massachusetts Department of Mental Health.

Timberlane High School’s Chamber Singers, directed by Mike Green, will also perform beautiful seasonal choral pieces. To round out this holiday concert, MVPO interim conductor Louis Stewart will lead the orchestra and audience in many crowd-pleasing favorites, including The Harry Potter Suite and some festive holiday sing-a-longs.

Doors will open at 1:30 PM for the orchestra’s Annual Silent Auction. Browse and bid on a variety of items; including wonderful last-minute holiday gifts. The auction will be held through intermission, and winners will be announced during the concert. Cash, check, and credit card may be used to pay for auction items on the day of the concert.

Be sure to make it to this fun-filled and festive family tradition this holiday season!

How: Tickets available at the door or online by contacting the web site – http://www.MKtix.com/trpac or www.mvpomusic.org 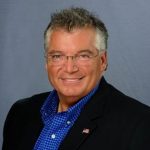