Founder of L’Arche Jean Vanier[/caption] Haverhill based L’Arche Irenicon, a residential program for adults with intellectual disabilities, announced today that Jean Vanier, founder of L’Arche, a revolutionary international network of communities where people with and without intellectual disabilities live and work together as peers, has won the 2015 Templeton Prize, joining former Prize recipients Mother Teresa, Desmond Tutu and the Dalai Lama and others. L’Arche encourages people toward mutually transformative relationships, where those who help are transformed by those they encounter.  Vanier discovered that those people who society typically considers the weakest enable the strong to recognize and welcome their own vulnerability. What began quietly in northern France in 1964, when Vanier invited two intellectually disabled men to come and live with him as friends, has now grown into 147 L’Arche residential communities operating in 35 countries, and more than 1,500 Faith and Light support groups (for families of disabled)  in 82 countries that similarly urge solidarity among people with and without disabilities. Vanier, 86, has extended his advocacy of belonging and social justice, with years of leadership efforts across the globe to nurture dialogue and unity among Christians, Hindus, Jews, Muslims and other faiths through lectures, conferences and retreats around the world.  His scholarship includes more than 30 books translated into 29 languages. Valued at about $1.7 million, the Prize is one of the world’s largest annual awards given to an individual and honors a living person who has made exceptional contributions to affirming life’s spiritual dimension, whether through insight, discovery, or practical works.  Jean Vanier joins a distinguished group of 44 former recipients, including Mother Teresa, who received the inaugural Prize award in 1973, Aleksandr Solzhenitsyn (1983), and Canadian philosopher Charles Taylor (2007).  Last year’s Templeton Prize recipient, Czech priest and philosopher Tomas Halík, followed Desmond Tutu, the former Anglican archbishop of Cape Town, South Africa, in 2013 and the 2012 Templeton Laureate, the Dalai Lama. Vanier, who continues to live on the grounds of the original L’Arche community in Trosly-Breuil, north of Paris,was formally awarded the Templeton Prize at a public ceremony at the church of St Martin-in-the-Fields in London on Monday, May 18.  To learn more about the Templeton Prize visit http://www.templetonprize.org/]]> 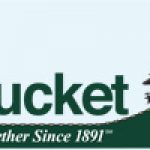