Haverhill in Ireland: Notes From the Chamber’s Recent Trip Abroad

Haverhill, MA- Notes from my December visit to Ireland and Northern Ireland and how it relates to Haverhill

In early December, I joined a group of business and university leaders from around Massachusetts on a six day “trade mission” to Ireland.  Organized through the Boston Irish Business Association, this trip was an opportunity to meet with public, private and civic leaders from several cities throughout Ireland and Northern Ireland.

Over the course of our six-day trip, we visited the following places:

Most of the folks on our side of the trip are deeply connected to the Boston area or are connected to  the University of Massachusetts system.  It was an interesting experience to represent a small(er) city like Haverhill and I found that much of the content and lessons were as applicable to our city as it was for Boston.  Recruiting and retaining business and talent?  Congestion and transportation?  Housing?  Disparate neighborhoods?  Every city has its own history and unique set of challenges but it’s really striking to learn how much we have in common.

Take Derry/Londonderry for example.  Even the name is a point of dispute for the locals.  Ha!  Can we relate Haverhill people?  How about the folks in Bradford?  Ward Hill?   What else…With the beautiful River Foyle, Derry/Londonderry has a rich history in textile manufacturing and a strong history of immigrants coming to the United States from its shore.  But despite its important history and its natural and man-made resources, it has struggled economically for decades, made all the worse – much worse – in the late 20th century by years of political unrest known commonly throughout Northern Ireland as The Troubles.

Yet, where there’s fire, there’s energy.  The people of Derry/Londonderry love their city the way folks in Haverhill appear to me to love their city.  Perfect?  No.  Easy?  Ha.  Full of character and history?  Yep.   Opportunities for a better future?  YES.

One more comparison between Haverhill and Derry/Londonderry because it’s so current.  Like Haverhill, a group of Derry/Londonderry civic leaders have put forth an audacious plan to build a world class museum in the center of their city.  With a nod toward their maritime and emigration history and with an eye for attracting visitors, I was struck by the vision and intent of this project and how much it has in common with the recently announced Stuart Weitzman supported cultural center and museum.  Both projects, if successful, will be positioned deliberately in the city center.  Derry/Londerry’s challenges for pulling off an €86M museum are probably not all that different from those driving the Weitzman effort, but the passion and vision was palpable and I’m rooting for their success and I’m telling their story.  Who knows who will find inspiration in the Weitzman museum?

Hey Dougan – sounds like a great trip.  That’s awesome and I bet you had a ton of fun and beers.  But what good is it going to do me?  Great question!  Is a Belfast or Cork based company going to set up a huge operation in Haverhill later this year?  Will they get their coffee at one of the local coffee shops or get their insurance from a local member?  I’d love that!  Probably not immediately, though.  What is clear, however, is that this sort of trip allowed me to meet many interesting and important leaders from both Ireland and Boston.  I have already begun the process of following up with folks who developed an interest in learning more about Haverhill during my time in Ireland.  I’m looking forward to hosting them in Haverhill, hopefully with many of you, and seeing where things go.

Sidenote: if you haven’t been to Ireland, I hope you’ll have the chance to visit someday.  In the meantime, please know that our own Peddler’s Daughter on Wingate is legit.  The real deal.  I loved that place before my trip and I love it more now.

Take Away #1: We Should Spend More Time Exploring Other Cities

Cities all over the world struggle to face many of the same issues that we see in Haverhill: staying relevant as an economy, leveraging assets…generally speaking, just keeping pace with the rapid change and growth in today’s global economy.  The conversations we have almost daily in Haverhill and at the Chamber about improving Haverhill’s competitive edge are no different from what I heard from stakeholders in the larger markets like Dublin and Belfast, as well as smaller markets like Derry/Londonderry and Donegal.  It’s an important reminder that we need  to work continually to remain current.  Frequent visits to other places will help this effort.

Cities that attract and retain young people will grow faster and outcompete those who don’t.  Dublin is a great example of a city that’s leveraged its assets to build itself into a global competitor.  We’re at a smaller scale but the principles that drive growth are universal.  The investments that our city makes in improving our public schools is our best strategy for economic growth.  Further, NECC’s incredible work throughout the region is gaining recognition outside of the region.  Now with UMass Lowell  in Haverhill, we have the cornerstone of real growth potential.  By focusing less on the cost of living and more on the quality of life here – and the educational resources in particular – we will begin to see ourselves the way top tier cities see themselves – and we’ll better understand what attracts new generations of the workforce to places.

Take Away #3: Having Big Plans Is Important

I have the pleasure of serving on the committee developing the new Stuart Weitzman supported cultural center and museum.  It was wonderful to see the concept go public this past month, but what really felt good was observing the public’s response.  We all want to see great things for this city and my sense is that this project thinks big enough and most are able to see the potential amidst the myriad challenges that come with this sort of project.

My apologies to anyone who might be offended by this but this is a direct quote from the City Manager of Derry/Londonderry.  He’s intent on making Derry/Londonderry a regional power for attracting new business and they believe that having a really, really amazing hotel is a key feature.  I agree.  As we work to make Haverhill more competitive, we should look for certain markers that signal that we’re making meaningful progress.  Harbor Place and The Heights are two recent examples of the way smart development can have a transformative effect on a city.  These and other changes that I believe are coming will help us land an amazing boutique hotel.

For anyone who has connections or interests in Ireland, I’d love to connect with you.  Feel free to contact me anytime at 617-223-7971 or dougan@haverhillchamber.com 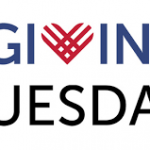 How to give back on #givingtuesdayChamber News