HC Media Selected as DECEMBER BUSINESS OF THE MONTH

The Greater Haverhill Chamber of Commerce is pleased to present HC Media with the distinction of December 2015 Business of the Month. This special recognition serves to highlight their outstanding commitment to providing access to their “on-air medium” for individuals, groups, organizations and institutions to communicate with the people of Haverhill, Massachusetts.

As an active and integral part of Haverhill, HC Media is well represented throughout the community in event participation, volunteer hours and public support. Their staff can be found filming various civic, public and business based events, acting as idea generators and manpower for various committees, and lending their support to local service organizations. Additionally, HC Media is a constant supporter of the Greater Haverhill Chamber of Commerce, its programs and events and makes the monthly GHCC TV Show, “Your Chamber at Work” possible.

Business of the Year award. That honor is announced during the annual breakfast which has been scheduled for February 13, 2015.  Nominations for Business of the Month can be submitted at any time. Forms are available by calling the chamber office at 978-373-5663 or by email at info@haverhillchamber.com. There is no fee for nominations or applications. Companies may be nominated by any member business. This is a benefit available exclusively to Chamber members. 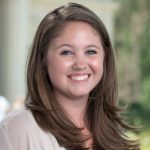 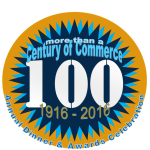 HAVERHILL CHAMBER PREPARES TO CELEBRATE A CENTURY OF COMMERCE IN THE REGIONChamber News, Press Releases